Automatic weighing system for the gravimetric assessment of SPM filters

The automatic weighing system AWS-1 weighs up to 320 suspended particulate matter (SPM) filters (diameter 47 mm) in an automated process according to EN 12341:2014 (PM10 and PM2.5). The weighing results are recorded in a database along with relevant ancillary data, such as temperature and relative humidity. Automation contributes to the very high reliability and precision of both weighing and documentation. A weighing chamber with a fan filter unit (FFU) and optional climate control unit maintains controlled, dustproof conditions throughout the weighing operation. Its modular design allows the system to be adapted easily to customers’ specific requirements. 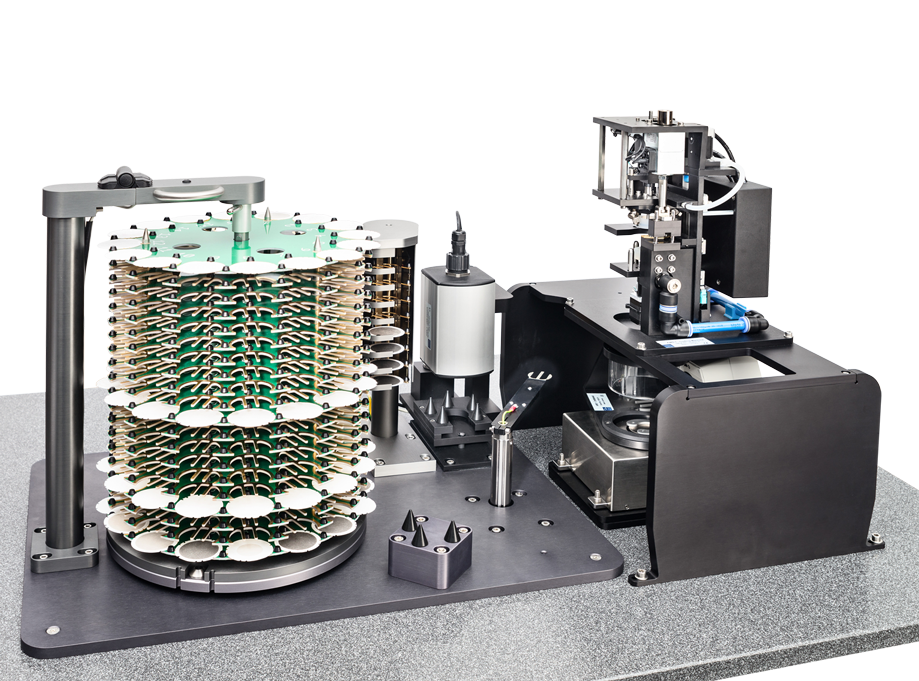 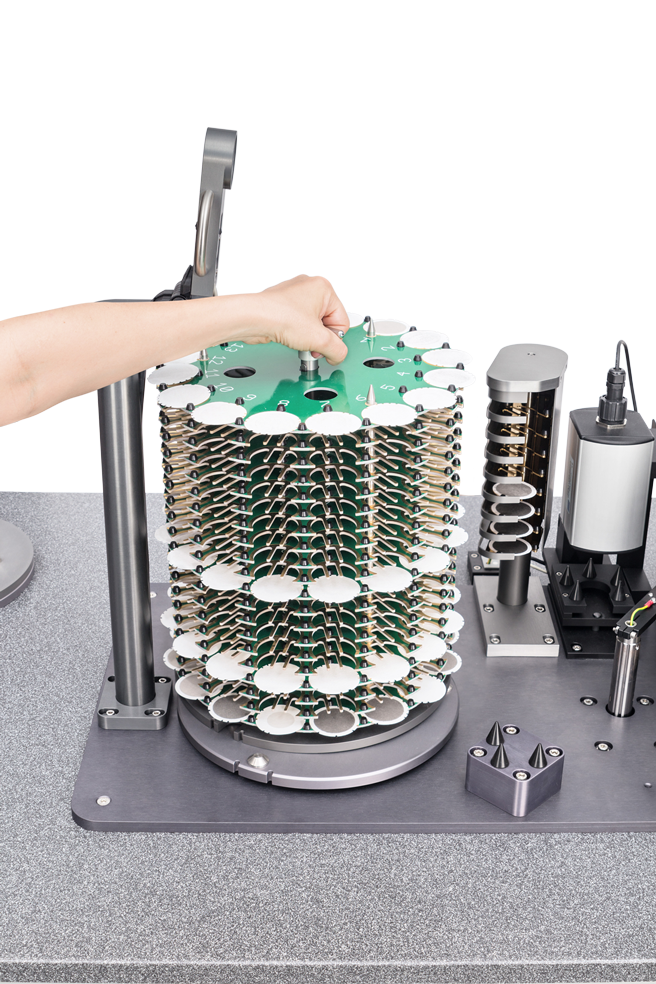 The coding station can be supplied as a separate unit on request in order to allow external filter coding.

Before weighing takes place, the system settings and all the parameters for the forthcoming weighing job are entered in the PC using the AWS Control software. Next, the unladen sampling filters are placed in the filter disc magazine of the AWS-1 by hand. The filters are then preconditioned in the closed weighing chamber for a user-specified period of time, e.g. according to EN 12341 for 48 hours, at preselected temperature and humidity. If the filters are to be identifiable, their edges are punched with a code by the optional coding station.

The next step is the first weighing series, which consists of weighing the unladen filters, usually in two weighing passes. All the selected filters are thus consecutively weighed once and then for a second time. If discrepancies lying outside the specified tolerances are recorded between the first and second weighing passes, the relevant filters are weighed again in a third pass. The carrier fork automatically transports the filters between the system components (e.g. magazine → coding station → balance → magazine). The optional ionization fan neutralizes the filters (“eliminates” the static electricity) and thus enhances weighing accuracy.

Once the unladen filters have been weighed, they are placed in filter cartridges and installed in a dust sampler or other sampling system. Sampling then takes place according to EN 12341 – as a general rule, each filter is exposed to airborne dust for 24 hours.

After sampling, the filters are returned to the filter disc magazine and conditioned again. The second weighing series (weighing the laden filters) follows, once again with two or possibly three weighing passes. Previously coded filters are identified by the reading station, which allows the laden reading to be compared directly with the preceding unladen reading. Both before and during the weighing series, verification weighing operations are performed with reference filters in order to monitor the climatic conditions inside the weighing chamber. During the weighing operation, all the data (weight values, mean values, weight difference between unladen and laden filters, and ancillary data, such as temperature and relative humidity) are saved in the database on the system PC.

The saved data can subsequently be exported for analysis and processing. The concentration of suspended particulate matter is calculated from the weight difference between the laden and unladen filters, giving consideration to the air flow rate during the collection period.

The gravimetric assessment of particulate samples prescribed by European regulations has been performed in laboratories by way of manual weighing procedures in most cases thus far. Given that both unladen and dust-laden filters have to be weighed several times in order to obtain a mean value, numerous weighing operations are required. This monotonous, repetitive task places a considerable burden on laboratory technicians, and entails a relatively high risk of incorrect values being recorded during weighing and when the results are being transferred. The automated weighing operation performed by the AWS-1 in dustproof, controlled conditions substantially alleviates manual strain, prevents weighing errors and delivers reliable, precise results.